Discord has been used by over 90 million and is considered to be one of the top Voice Over Internet Protocol (VOIP) platforms for gamers. You can have private direct messages in form of text, media, files, voice and video call and also have a group chat in community groups know as discord server commonly. It is supported in Windows, Mac, Linux, Android, iOS and web browsers. Discord has over 250 million users as per July 2019 report. There are many features available on discord except the chatting features. You can stream your gameplay, add custom boats in the channel, etc. One of such feature of Discord is Discord overlay.

There is a special feature of discord known as Discord Overlay. With Discord overlay, you can exchange messages, screenshots and talk with your friends while playing the game. Due to this unique feature, the popularity of Discord is high among the gamer community. A large number of people are using Discord to get aid in gaming. What if the overlay feature of discord suddenly stops working? While you open the game to play and start discord, the overlay might not be working. This is a nightmare for gamers.

Contents hide
1 What is Discord overlay?
2 How to use discord overlay
3 Why discord overlay isn’t working?
4 How to fix discord overlay not working
5 1. Restart your PC
6 2. Run Discord as administrator
7 3. Turn off Hardware acceleration
8 4. Customize and adjust your display screen
9 5. Update discord
10 6. Close applications running in the background
11 7. Disable antivirus programs and add an exception
12 8. Use a secure VPN to check for network issue
13 9. Change the location of the overlay
14 10. Completly end task for discord and reinstall discord if the problem exist

What is Discord overlay?

Discord overlay is the feature of discord which allow a user to send a message and do voice calls while playing the game. User can open and close discord easily while playing the game. This feature is known as Discord Overlay. Discord helps the user to play with their friends and coordinate the game even if there is no voice chatting or text chatting option in the game. You can stream gameplay with discord and manage it.

How to use discord overlay

Discord overlay allows user to chat with friends while playing a full-screen game without the closing game. Enabling discord overlay is an easy procedure. Here is how you can turn on game overplay in discord.

How to fix discord overlay not working

You should make sure that your game supports discord overlay at first. If your game is supported but the overlay isn’t working then you can fix it by our methods. We will discuss 10 methods to fix discord overlay not working issues.

Restarting or rebooting your PC is the very first step towards fixing discord overlay not working issue. There might be several glitches which prevent you to overlay game. Several processes might be running in PC which creates conflicts. Simply restarting PC is a good way to close all those activities. It is an effective thing to restart your PC and open Discord after that. Check now your discord overlay error will be fixed. 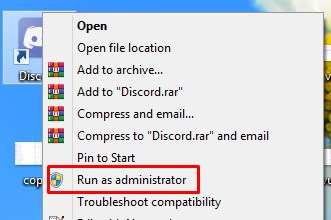 Close Discord app if it is opened. Now run discord as administrator by right-clicking over it. Prompt will appear over your screen, just select yes. Now this will run discord with administrative rights and prevents it from getting into error with other applications. This can also solve your Discord overlay not working error.

4. Customize and adjust your display screen

Sometimes our display can be more than 100% due to which overlay might not work. Resize the display back to original and your discord overlay not showing issue will be fixed. You can go to your display setting by clicking Windows + I key at the same time. After that go to the system and select display. Change your display layout to 100% and save. You can also find display setting under personalization setting. If there was a problem with display scale and layout then resizing your display will now show overlay.

Check if there is an update available for discord. Sometime discord overlay not working error is caused if your app needs to be updated. Check for update and install new update for your app. This can also fix your overlay issue on discord.

6. Close applications running in the background

8. Use a secure VPN to check for network issue

You might not even know that voice chat error in discord can be fixed in some case by connecting through the secure VPN server. Find yourself a good VPN and connect to a server. Now try to play game and overlay. This can also fix your discord overlay not working issue.

9. Change the location of the overlay

Discord allows you to move overlay but sometime you might move it out off-screen and you cannot locate it. Now you are unable to see the overlay. This is the second last option in our list which you can try out. Follow the steps given below to relocate discord overlay.

10. Completly end task for discord and reinstall discord if the problem exist

Even after doing all things your discord overlay not working issue isn’t fixed then you can simply end all task for discord. You can completely end task for discord and restart it. You can press Windows + R key at the same time top open run. Now type taskmgr.exe and enter. Now select every task with discord name, right-click over them and hit end task. Now restart your PC and open the discord app. Your discord overlay not working issue should be fixed.

Discord is an irreplaceable platform when it comes to gaming and streaming live. Discord overlay not working problem can be great obstacles in gaming. I hope this article helped you to fix the overlay issue on discord. If you have any requires or if any of the above methods has been the best solution for you then leave a comment below. 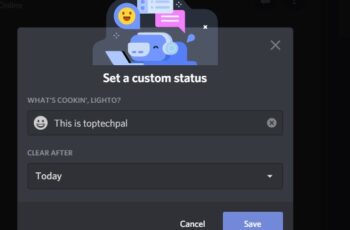 Discord custom status - How you can change it? Discord …

How to fix Mac performance issues Mac is well known … 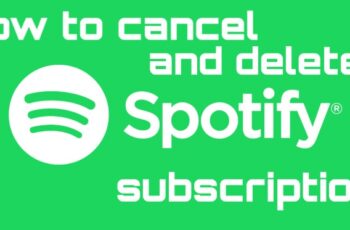 How to delete a spotify account or cancel membership Spotify …

How to fix corrupted SD Card? You SD card might …